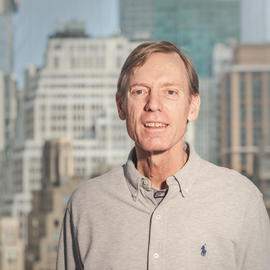 Eric Pitcher is an engineer and managing partner at PSI Midstream. He was diagnosed with Parkinson's in 2008.