Deep brain stimulation, a surgical procedure for Parkinson's, can help ease motor symptoms and decrease medication needs in some people. Researchers are looking for ways to improve the experience of deep brain stimulation and to broaden use of this therapy. 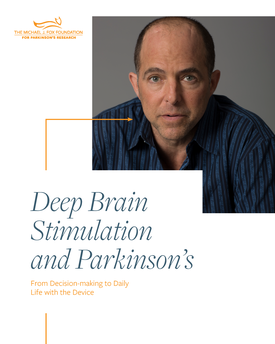 This resource educates patients and care partners about deep brain stimulation (DBS) surgery as a treatment option to help manage symptoms, provides practical tips for thinking about, undergoing and living with DBS, includes perspectives and voices from the patient and family community; and shares the latest research and DBS devices available.