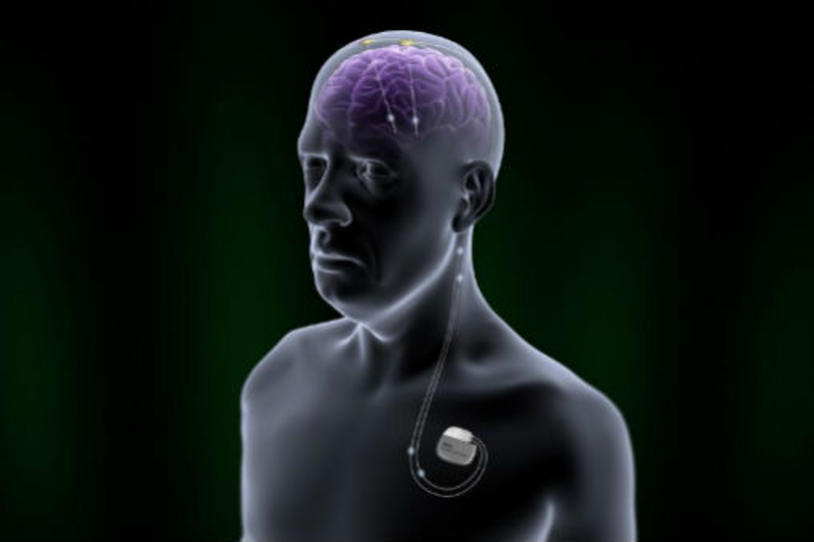 The Brio Neurostimulation System consists of a pacemaker-like device implanted in the chest and electrodes in the brain. Image via St. Jude Medical