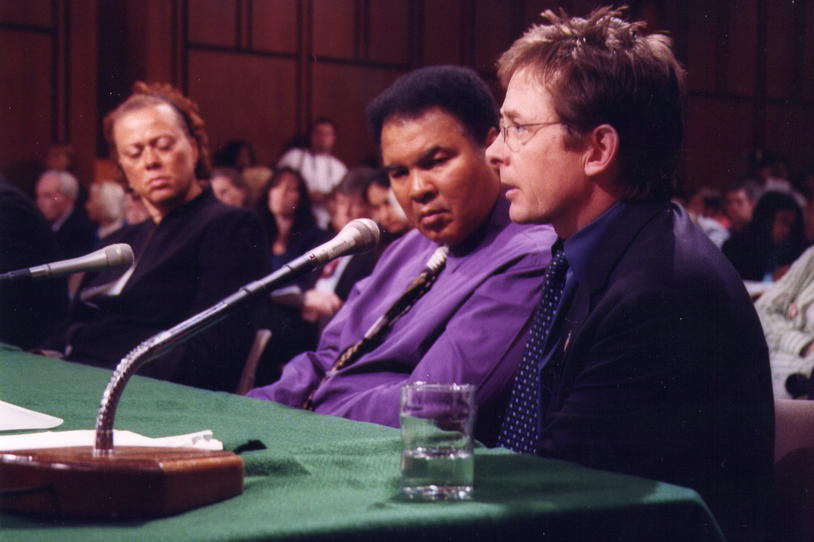 Michael J. Fox and Muhammad Ali testify before congress on behalf of the Parkinson’s community in May 2002.