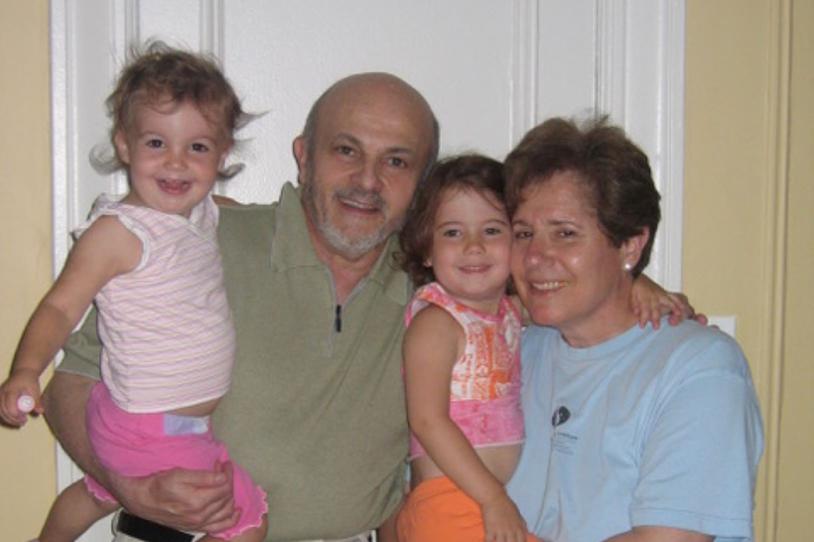 Young Bailey and Nellie Fisher with their grandparents in the early 2000s.