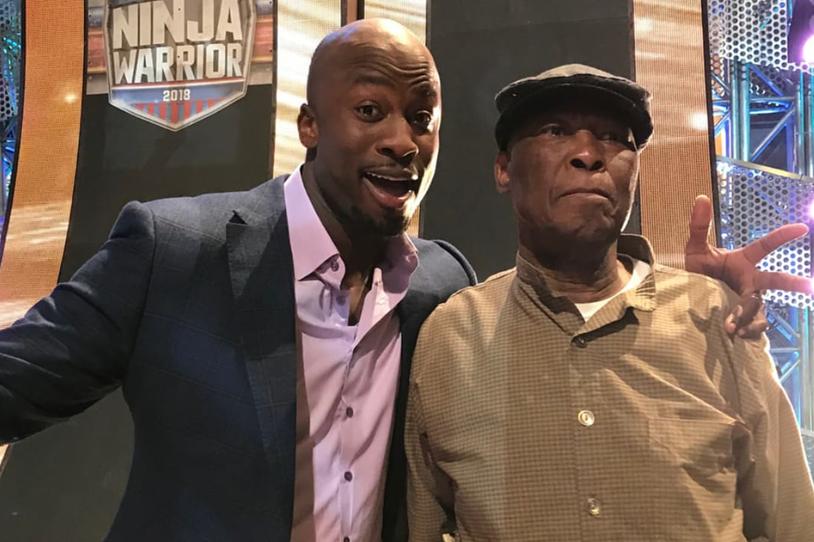 NFL Alum, TV host and MJFF Board member Akbar Gbajabiamila alongside his father who lives with PD.