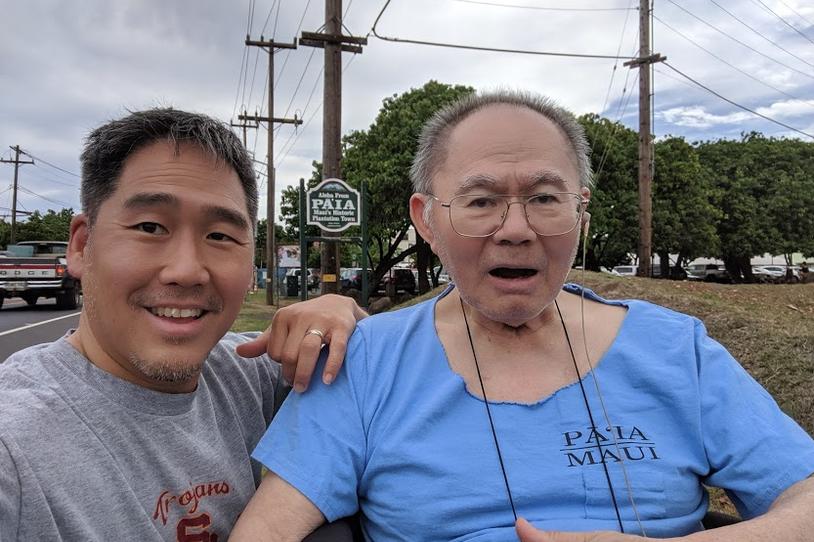 Edwin and his father, Ronald, in their hometown of Paia, Hawaii.